Born in 1968, François Pouenat is the fifth generation of a family of artisan metalworkers who have been perpetuating the craft for more than 130 years. He attended the School of the Compagnons du Devoir et du Tour de France, where he acquired a solid experience in techniques of working iron, brass and copper.

Pouenat is an amazing story about metal in France. The firm was founded in 1880 in Moulins in the Allier département, as a series of workshops producing ornamental metal work for architectural projects. From Paris to London, from Teheran to Moscow, listed buildings, luxury hotels, and private homes are to this day decorated with banisters, gates, screens or lanterns drawn, made, or restored in these young Bourbonnais-based workshops. Pouenat’s early work can be found on the gates of the Château de Versailles, on the banisters and lights in the hall of the Musée des Beaux Arts, on the Place Stanislas in Nancy and encasing lights in the gardens of the Château de Fontainebleau.

In the Sixties, under the influence of designer Henri Pouenat, the firm took on more ambitious work and honed its expertise in decoration. In 2003, under the leadership of Jacques Rayet, Pouenat began crafting editions of bold, contemporary lighting and furniture designed by prestigious architect-designers—a spectacular move that has earned Pouenat recognition the world over.

Pouenat works with metals such as steel, stainless steel, brass, aluminium, copper and bronze, and integrates different materials such as glass, wood, ceramics, stone. Pouenat works according to Clients’ drawings and technical 3D plans. It suggests samples of materials and textures as well as samples of finishes, patinas, gilt and lacquer before production commences. Each piece made in the workshops is unique as far as its shape, appearance, function, and history are concerned. Pouenat is one of the few ‘artistic’ producers in the profession of iron craft. Today it employs twenty-five skilled craftsmen and collaborators, still in Moulins. A great renaissance, recognised in France and abroad.

François Pouenat is a true artisan, designing and creating in metal, and drawing on an exceptional family heritage of which he is the sole heir. 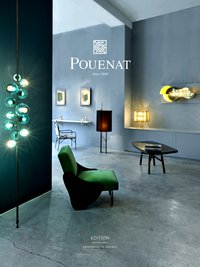 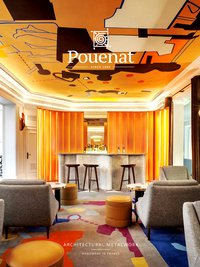 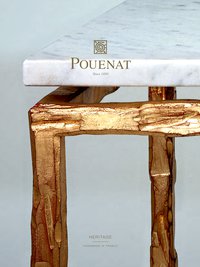 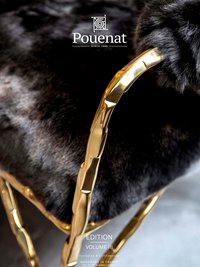 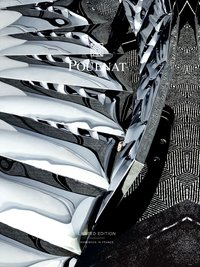 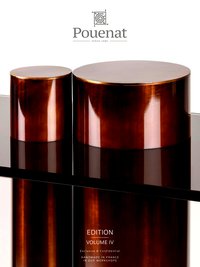