Opinion Ciatti is a Florence based company providing furnishing solutions and accessories since the 50’s. It all begins with an intuition of Rolando Ciatti. As a curious and attentive observer of a world that is changing so fast around him, he understands that a place in the house must be found for that strange, new object – the television – which was about to shake the Italians habit. That’s how Ciatti was founded, in Borgo San Frediano, in Florence Oltrarno, as the first company in Italy to produce TV benches.

Today Opinion Ciatti is a young and dynamic company both residential and contract oriented. Unique and distinctive signs take shape, project by project, object by object. Modifiable and modular pieces of furniture as well as one of a kind items with a very strong impression: metaphors of a modern, free and adaptable lifestyle. Every product has its own identity, its own source of inspiration, its own history. Unique stories, which are sometimes parallel, sometimes divergent but that are always linked by one theme.

Furniture, chairs, mirrors and objects conceived by some of the major Italian designers were produced under the art direction of Bruno Rainaldi. He himself sketched Ptolomeo, the free standing bookshelf, which soon became the company's best-selling item. Thanks to it Rainaldi was awarded the "Compasso d’Oro 2004".

Unique stories conceived and experienced in Florence, 100% made in Italy. 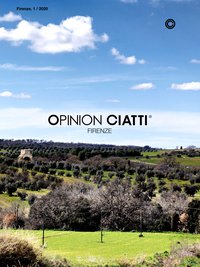 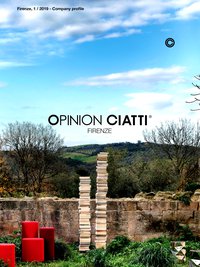 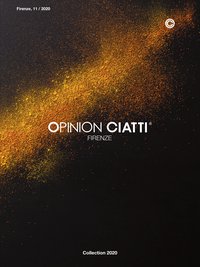