LECCOR is a manufacturing company of high-quality stainless steel luminaires and public design products in Michelfeld (Germany) since 1989. Furthermore they offer light planning and development of customised lighting solutions . Their portfolio covers different lighting applications such as Indoor ,decorative, outdoor, and architectural lighting in Germany. For over 25 years they develop and produce stainless steel luminaires, as well as illuminated handrails, based on energy efficient lighting technologies, beeing among the first producers of LED-equipped light fittings.

The LECCOR light fixtures has an extremely robust housing and high grade LED-equippment for long life performance in public, commercial and private indoors. The LED-module with its symmetric or asymmetric beam angle enables optimum orientation of the light cone and is suitable for illumination of squares, parks and paths. LECCOR provides a wide range of vertical, horizontal, helix, trapezoidal and oval shapes, which can be implemented shortly on customer request, lasered (3D) from stainless steel with millimetre accuracy. The Light outlet does not have to serve necessarily as illuminating area, it can be shaped also as corporate symbol or characters.

MICCADO is the name of the new LECCOR luminaire. This luminaire brings colour into public places, day care centers, schools, hospitals and company doorways. Inspired as the name suggests, by mikado sticks, this is much more than a luminaire, it’s a design element which distinguishes. As the founding member of the ‘D 68’ family, FIACCOLA luminaire available since 1989. The designer Rolf Kronmüller called it ‘FIACCOLA’ which is the italian word for torch, as that is what he was thinking of when he invented it. Under the marketing skills of LECCOR director Erwin Lenz it became one of the most successful design lights. FIACCOLA bollard and standpipe lights are well adapted to all sorts of sceneries. Different lengths and a wide range of light outlets offer as many flexible application possibilities. FIACCO wall mounted torch lights may be used inside or outside, for a creative touch. They are available with or without reflector and are available with several light outlets. Furthermore, they may be mounted in different angles. FIA is the smallest and latest luminaire in the 'D 68' series. It was designed with following the idea: the shorter, the nicer. The FIA wall lights are an efficient and reliable solution for in - and outdoor! Let your imagination loose and create your own lighting ambiances! 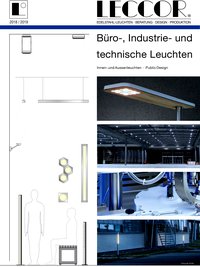 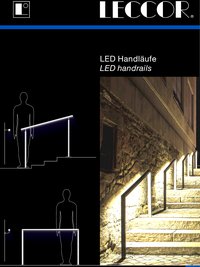 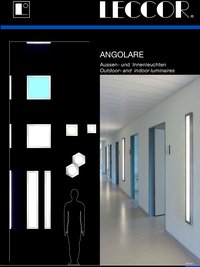 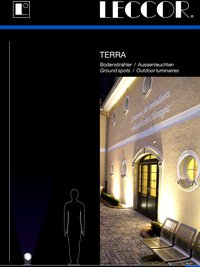 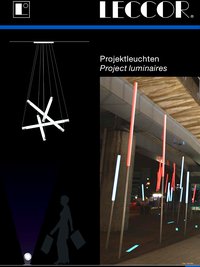